There are many reasons why women find themselves pregnant and single. Most of these reasons are met with sympathy and understanding, such as:

But what if you never had a partner and you’re not a victim of crime? As we all heard in sex education classes, it only takes one encounter to get pregnant. One drunken mistake. One case of failed contraception. One moment of passion. So why is society so surprised when women fall into another category:

– You got pregnant with someone you were only dating/met for the first time/hooked up with your ex/having an affair/a random one-night stand…and the list continues.

My pregnancy fell into the first category. We had been dating, it seemed to be going well and then the father blocked all contact with me when I discovered I was pregnant. Ouch. For me personally, carrying on with the pregnancy was not a decision to be made. I was going to have the baby. I did not encounter a single woman in my situation during my entire (ha – 30 weeks) pregnancy. And I was active on the mummy-to-be circuit; I was in a Mumsnet due date club and attended pregnancy yoga, NCT classes and birthing classes. I only discovered after L’s birth that a woman I’d met was also a single mum (but in one of the earlier categories).

It’s difficult enough in the early days to answer the endless questions about ‘the father’ both from friends and health professionals. It took a good few months before I could answer questions about the father to the range of midwives I encountered in London. But once I was able to nonchalantly answer any daddy questions, the onslaught would often follow. How long were you dating? Do you know any of his friends/family? Don’t worry yourself, he’ll come around after the birth. Did you think he was a nice person? So, have you heard from the father yet?

I guess some of these questions were well-meaning and just small talk. Instead of the usual ‘how are you feeling’ pregnancy chat, I always had the ‘what’s going on with the father?’ questioning. And the answer was the same for seven months – nothing. Zilch. My situation was clearly novel to most people. It was novel to me too and I spent so much time analysing other pregnant women I encountered. Checking if they were wearing a wedding ring. Feeling hopeful when I saw ringless women and wondering if they were part of my secret tribe. I could pass away hours in the evening (the time between 7-9pm when I had taken myself to bed straight from work) googling ‘single and pregnant’. I never quite found the reassurance I was looking for, just dozens of online forum posts from women asking the same question. But these women had usually been left by their long-term partners rather than my situation.

The closest analogy to the ‘single, pregnant and never had a partner’ category is probably the sad history of the Irish Magdalene laundries. These fellow fallen women were sent to workhouses to hide away their indiscretion. Someone actually commented to me (as a joke) that I was lucky things had moved on since then and avoided that fate. The laundries had expanded in the 19th century to confine women who had been seduced or behaved promiscuously, in addition to prostitutes.

Thank goodness things have moved on. But society is still a little baffled by us single, pregnant ladies with no exes in sight. I got so many blank looks when I said L’s father wasn’t involved – it isn’t rocket science. If you have sex, you accept there is always a risk that it could result in a baby. I wish I’d had the confidence to question why people were so puzzled.

Being a single parent is much more socially acceptable. The baby is the focus of everyone’s attention and maternity leave can be spent in a bubble with other mums and babies, trying to fill their days with playgroups and activities. The fathers have long gone back to work and finally you’re not the odd one out. But if you are still pregnant and single, you’re not the first or last person to get into the situation. Be kind to yourself and remember that it could’ve happened to anyone. It will get easier. 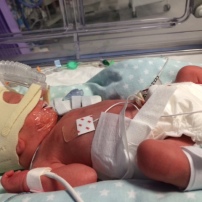 It’s fair to say that my life has changed pretty dramatically over the last year. On 16 November 2016, I discovered that I was pregnant. A week later the baby’s father had blocked all contact with me and I faced the prospect of being pregnant and single. I was TERRIFIED. Surely no-one else had ever been in this situation?!

I was thrilled to discover Christine Coppa’s amazing book Rattled a few weeks later; Christine seemed to be my perfect soulmate, another career woman who had fallen pregnant while dating. She seemed pretty positive about the whole situation and had even gone on a ‘babymoon’ before her bundle of joy arrived. Except Christine had two older brothers who were clearly destined to be the perfect male role models. She had a large circle of friends who showered her with cute baby outfits throughout her pregnancy. My US geography isn’t great, but it seemed pretty simple for her to move back to her hometown and commute back to her old life. Happy days.

Rattled gave me a lot of hope that I could be single and pregnant. And I survived. But I didn’t meet anyone else in my situation. It was the darkest and longest period of my life, where I faced complete upheaval by moving back home away from all my friends in London. But of course, it wasn’t that long. Just as I was preparing to put my feet up for maternity leave, my baby’s movements were reduced. Fast forward five terrifying days in hospital and my baby boy L was delivered by emergency c-section at 30+6. My little 2lb 10oz baby. I had to ride the NICU rollercoaster for six weeks before I could bring him home.

And here I am. Baby L is tucked up in bed asleep. And nearly a year after that pregnancy test, I’m still reeling. My life has changed beyond all comprehension. But I’ve survived! Somehow, it has all worked out. So I want to share my experience with others, if only to make sure that any other frightened ladies who type ‘single pregnant ‘ into Google aren’t faced with the same list of random articles (none of which seem relevant – except the excellent articles by Coppa, which do help) or an array of forum posts. The endless forum threads always promise the mum-to-be that things that things will get better – but the control freak in me wanted to know exactly how bad it could get! If you’re single, pregnant and end up with a premature baby, then you’re in for a real ride…